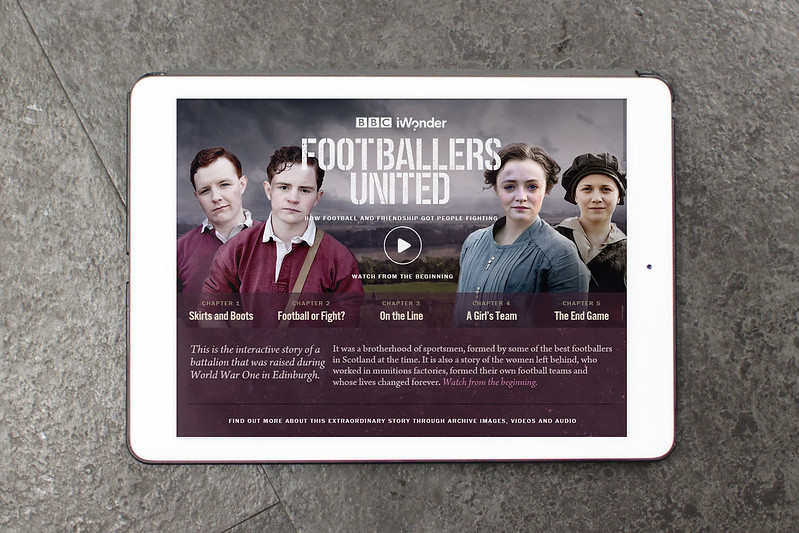 Footballers United is an interactive drama that tells a true story of a football team that went to war. The narrative explores how World War One changed the lives of young people forever, following the experiences of the players and those left behind.

The piece was commissioned by BBC History as part of a BBC World War One centenary season and produced by Somethin’ Else, with 100 Shapes engaged to design the website and interactive features, I undertook the interaction design of the project on behalf of 100 Shapes. I worked with the visual designer to develop and refine the concept over several months, informed by feedback from the clients, producer and developers.

In designing this piece we overcame a number of creative challenges, including revealing the wealth of supporting content and archive material within the context of the linear drama and allowing viewers to follow different journeys to explore the deeper human narrative. 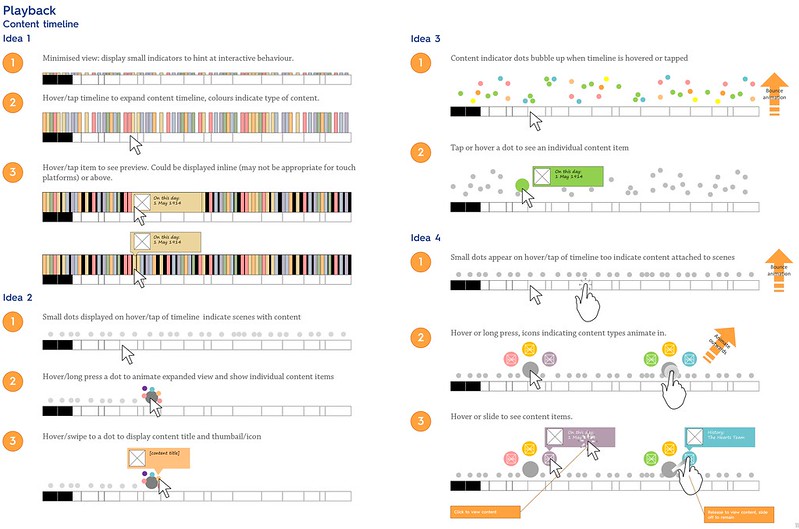 Wireframe explorations of concepts for the content timeline, highlighting where contextual archive material is relevant to the live action drama. 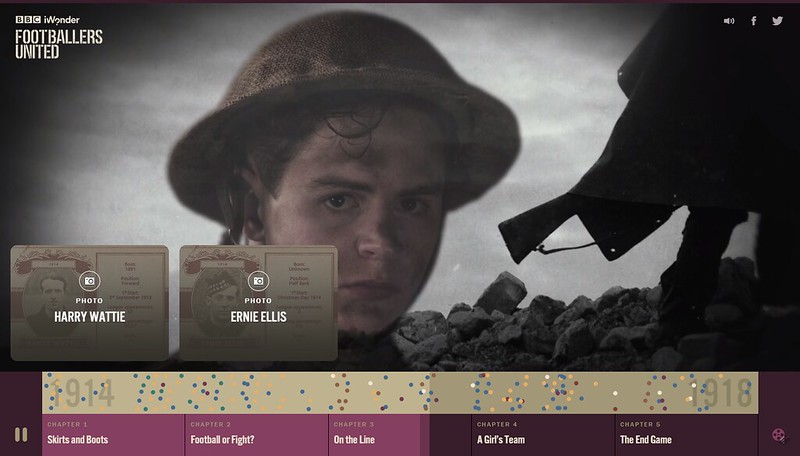 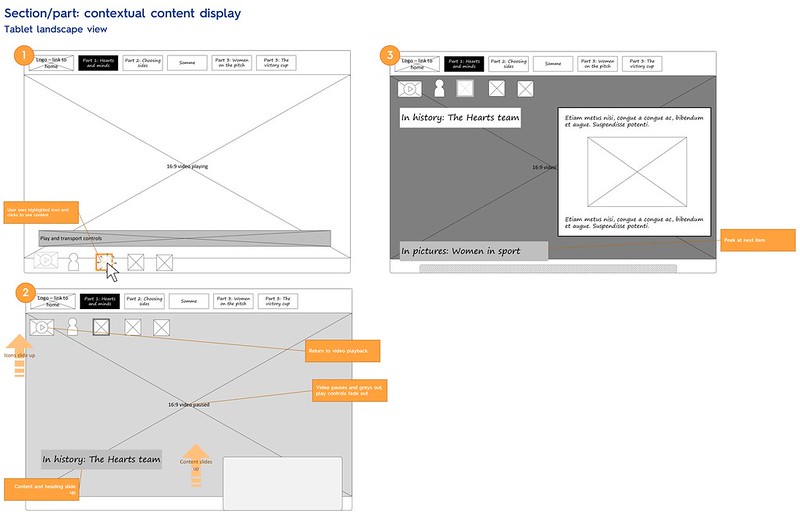 Wireframe showing how contextual material is displayed over paused video 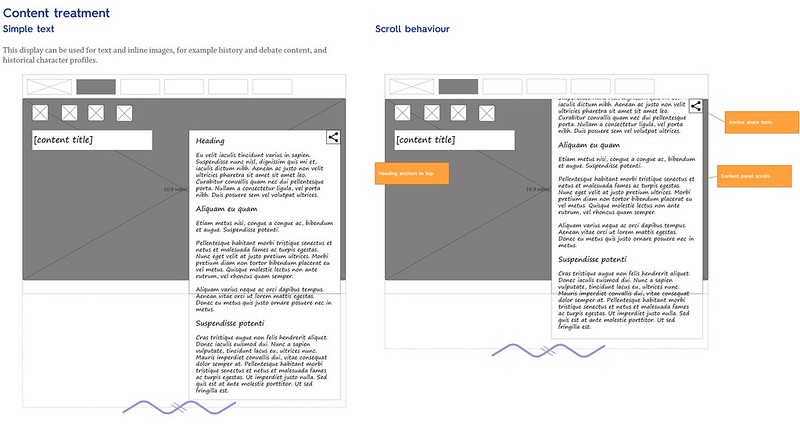 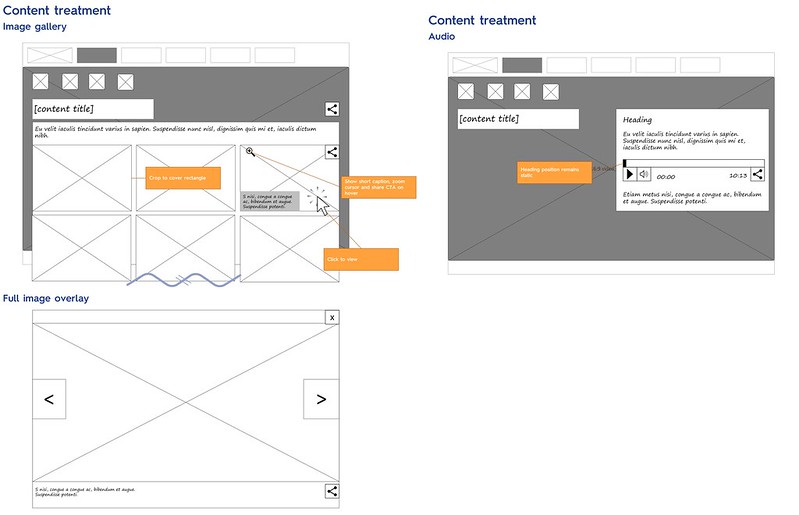